Streaming giant Netflix recently disclosed how Bridgerton season 1 scaled a higher viewership than even some of the most popular shows like Stranger Things and The Witcher. But how exactly did this happen? 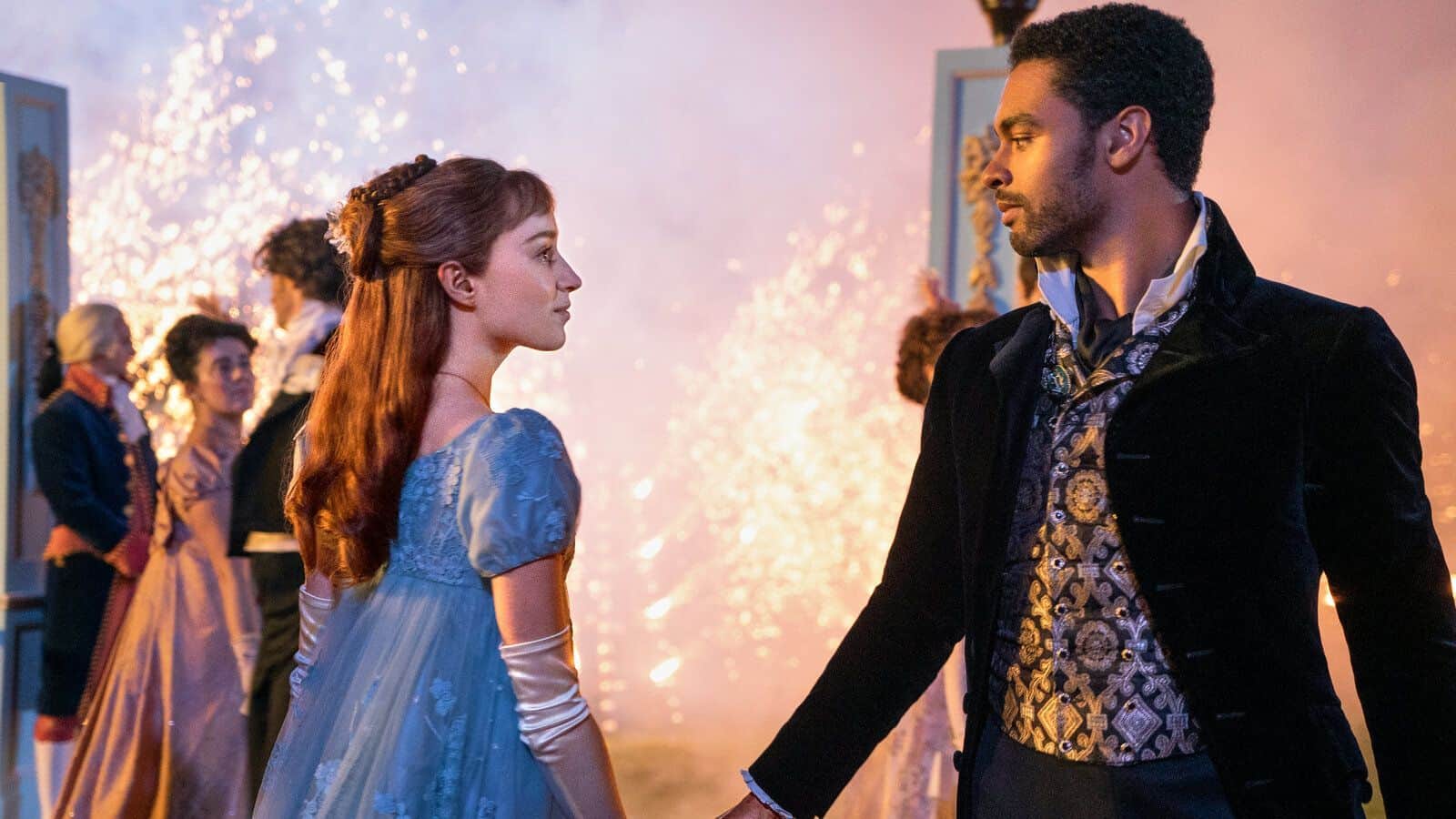 Netflix’s Bridgerton was apparently more admired than shows like Stranger Things and The Witcher, and we are trying to figure out the reason behind the period drama’s extraordinary success. Netflix signed a multi-year agreement with Shonda Rhines and her production company ShondaLand in August 2017. Reports say that the deal cost Netflix $100 million. This acquisition by Netflix served the purpose of indicating the streaming giant’s intentions in the industry. The company was not only willing to spend enough to secure amazing content, but was also sincerely tapping some of the most remarkable talents in the industry.

It is apparent that the years that followed the deal have been quite fruitful for the company, and the amount has clearly been paid off in full. While Netflix has customarily been secretive about the commercial performances of their popular movies and TV shows, Netflix co-CEO Ted Sarandos seemed to have broken the record. In a recent presentation at the Code Conference 2021, the executive gave us a tiny but significant peek into the earning charts of the company. Ted formerly began by saying “It’s way too early to tell — you have to look back on this things over many years,” and effortlessly dismissed any questions asked about Shonda Rhimes. But later disclosed the fact that the deal may as well have been comfortably paid off with Bridgerton alone. This nonchalant comment by the executive is backed up by statistics. Data reveals that Bridgerton season 1 managed to get 625 million viewing hours in its first 28 days after release. Which is way higher when compared to Stranger Things season 3’s 582 million viewing hours and The Witcher season 1’s 541 million viewing hours.

Thus, it is clear that when it comes to short term analysis, Bridgerton has smoothly taken over the popularity of even some big shows like Stranger Things and The Witcher. However, when considering long term viewership data, results show that Stranger Things has time and again been known as the most in demand Netflix originals being streamed everywhere in the world.

How Bridgerton Managed To Be Such A Big Hit

Period dramas have been gaining more and more popularity with audiences in recent years. Exemplified best by the favorable response to shows like Downton Abbey, period dramas are the new content in demand. Not only this, serving as a trailblazer to shows like Bridgerton are the “unabashedly romantic genres like Korean dramas”, Netflix’s head of global TV Bela Bejaria mentioned to Vanity Fair. Regardless, Netflix’s Bridgerton has come out to be one of the most massive shows the streaming giant has produced yet. The show has exceeded expectations and earned widespread acclaim among viewers and critics. It can be said that the times aligned to favor the show’s success too, because the steamy period romance first premiered towards the end of a year that was heavy for all. After having carried the weight of a global pandemic, the audience was willing to choose escapism. A majestic fictional world of Regency London being delivered online was exactly what was needed then.

Bridgerton drew it’s encouragement from the renowned novels of Julia Quinn, but Shonda Rhimes made sure to make the show her own by adding a touch of exquisiteness here and there. Rhimes’ team has taken care of some intricate details and taken a commendable step of introducing diversity into British history. The addition of a plot revolving around someone who is supposedly Britain’s first Black Queen — Queen Charlotte. By instituting this element, it became easier for the show to bring around a stunning and assorted cast including Regé-Jean Page as Simon Bassett, Adjoa Andoh as Lady Danbury, and of course Golda Rosheuvel as Queen Charlotte. It is believed that Golda Rosheuvel will be seen starring in a solo spin-off of the character, which only intensifies the support to diversity from the brand. Another striking fact about the show is that while Bridgerton does fall primarily in the category of a period drama, there are elements in the show that are undeniably contemporary. Bridgerton makes strong and impactful comments on race, and features music from pop artists like Ariana Grande and Taylor Swift in the form of string quartets. This makes the show accessible to and entertained among various audiences, and increases its appeal to masses, because clearly Netflix’s Bridgerton does not fit into just one assigned box of genre.

A conclusive factor that may have played a major role in the show’s success is marketing. And it is important for Netflix to remember to do so. In the past, the streaming giant has been traditionally attacked for putting little effort into marketing it’s shows. But in case of Bridgerton, the company made sure to act differently. Whether it was because of how valuable the signing deal with Shonda Rhimes and her company was, or because of Netflix’s faith in the story, the strategy seemed to have worked. Because season 2 is already being discussed among the audience.

Various social media platforms are filled with content related to the shows. Interviews, discussions of the historic fashion trends and themed music, and behind the scenes shots of various casts, are spread throughout the internet — especially Facebook and Instagram. This only means one thing, Bridgerton fans had full access to the means of making the show bigger than it was by discussing it incessantly. With the pandemic not allowing people to meet up in person, Netflix had to heavily rely on the rabbiting on social media, instead of the old school word of mouth mode of marketing. With this, Bridgerton may have just set up an example for Netflix at how important marketing is for its shows.